Discover More About Our Museum 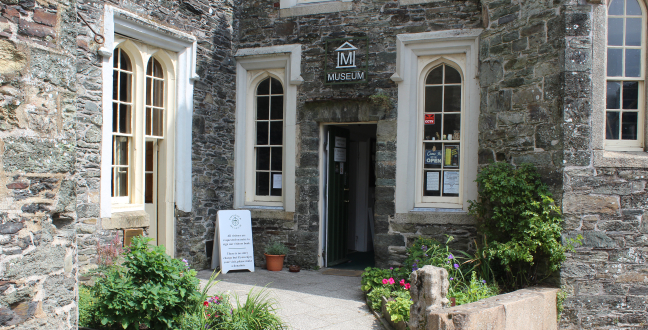 Our aim is to provide local people and visitors to the area with the best possible facility celebrating Tavistock’s rich history and local traditions down the centuries.

Tavistock Museum started life in 1986, on the ground floor of the Town Council offices in Drake Road. In 2003, the museum moved to its present location above the historic Court Gate, providing a functional use for one of Tavistock’s oldest and most important buildings. In 2006, the museum extended into the adjoining cottage.

Browsing our exhibits, you’ll take a trip into the rich history of Tavistock and the surrounding area. The museum has been gifted many items over the years, including a significant collection of objects presented by Tavistock Town Council. Our earliest collections date back to 1986 and feature items relating to agriculture, mining and education. In 2006 we were proud to become an Area Centre for the Cornwall and West Devon Mining Landscape World Heritage Site. Visitors can explore mining equipment on display, as well as a collection of local minerals.

Tavistock Abbey was central to the character of the Medieval town which grew up around it. Today, only ruins remain of this once magnificent abbey, yet it remains of huge historical importance. Our museum is proud to tell its story. 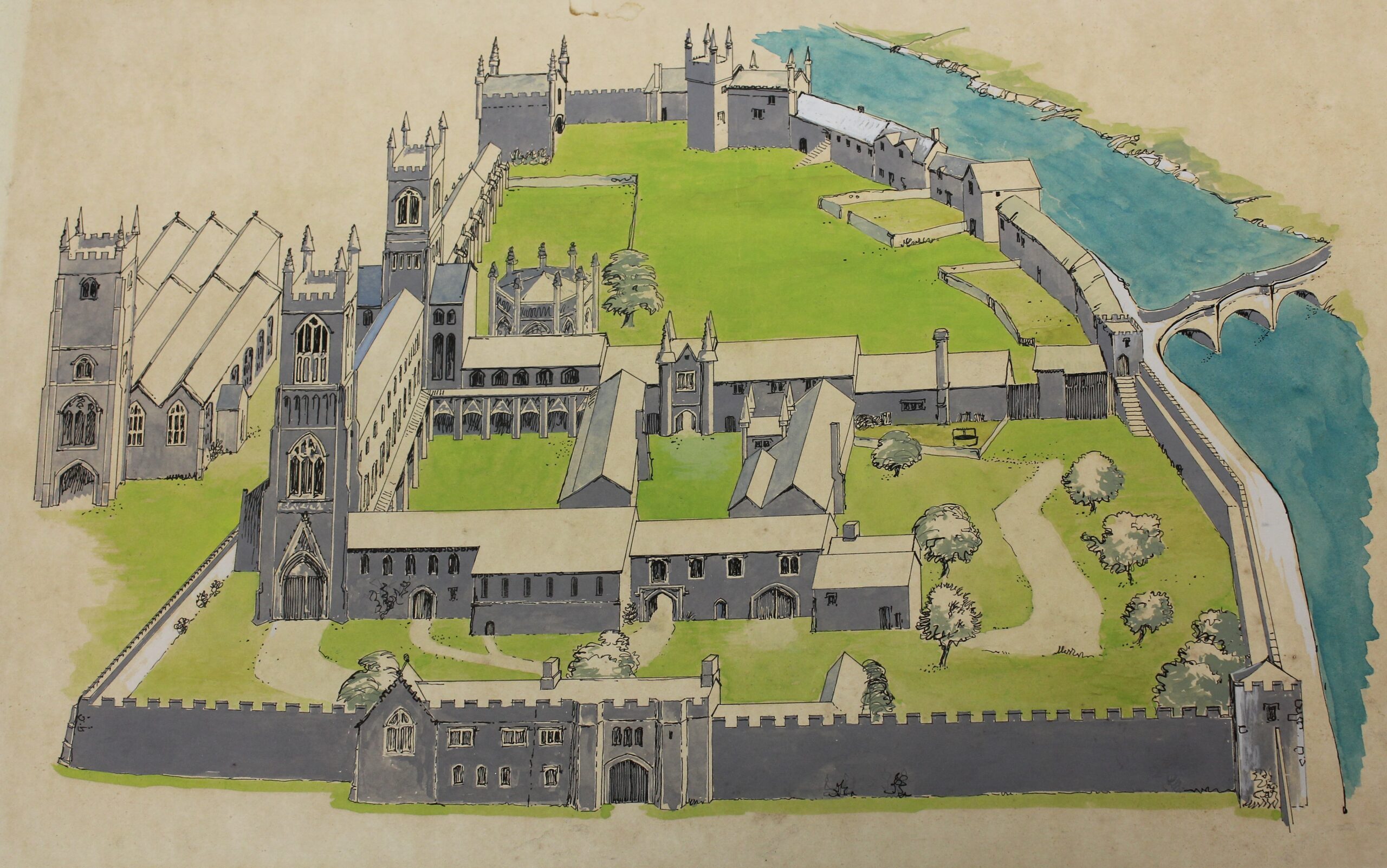 In 974, Ordulph - son of Ordgar, The Earl of Devon - chose Tavistock as the site for a Benedictine Abbey, dedicated to St. Mary and St. Rumon. Built beside the River Tavy, this abbey was constructed largely out of wood and was burnt down by a Danish raiding party just twenty three years later, in 997.

A second abbey was built in its wake, with more substantial masonry buildings. In the early 1100s, a market was granted to the abbey and a bustling town grew up beside it, with a prosperous woollen industry. 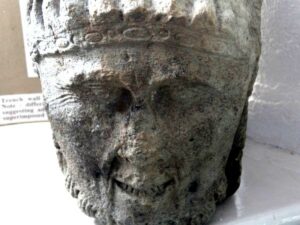 In 1539, the abbey fell victim to King Henry VIII’s dissolution of the monasteries. The Abbey Church was deliberately destroyed and other buildings fell into neglect. Over the next centuries, many of the abbey’s structures were demolished, with the stones recycled in the construction of new buildings in the town.

Today, only remnants remain of this once magnificent abbey. Tavistock Museum has a collection of abbey features on display, including a stone head and flooring tiles. 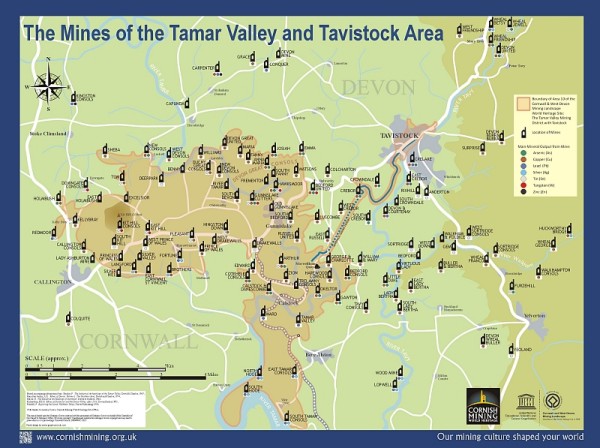 In 2006, the Tamar Valley and Tavistock were jointly named as one of ten areas in Cornwall and West Devon to be awarded World Heritage status by UNESCO. Our museum is proud to be an Area Centre and during your visit, you can learn more by exploring our collection of maps, minerals, mining equipment and photographs.

At first glance, Tavistock may not have the appearance of a former mining community. Yet this town in West Devon is more closely linked to mining areas in Cornwall than you might think.

The first link is a geological one. A batholith is a large body of igneous rock formed beneath the Earth’s surface by the intrusion and solidification of magma. A granite batholith extends all the way from Dartmoor to Bodmin Moor and on to the Isles of Scilly, covering a distance of 200km. Tavistock’s position between Dartmoor and Bodmin Moor means that there are rich mineral veins below the surface and many of these have been commercially mined over the years. In fact, the nearby Devon Great Consols Mine, on the Devon side of the Tamar Valley, was known to be Europe’s most productive copper mine during the mid 1800s.

Tavistock’s link to Cornwall doesn’t end there. The technology developed in Cornish mines was brought to West Devon and some of these cutting-edge technologies, particularly those relating to steam engines, would go on to kick-start the industrial age.

Of course, that technology and equipment needed to be manned and many miners travelled from Cornwall to live and work in the Tavistock area, bringing with them their Methodist religion, traditions and - most importantly - their pasties!

Our map shows just how many mines there once were in the Tamar Valley and Tavistock area. Copies of the map are on sale, priced £1 each.

Our Collection Of Minerals

Tavistock Museum has a large collection of minerals, giving visitors a chance to see rocks taken from specific mines in the local area. This section of our museum is particularly popular with children, who enjoy looking at the shiny crystals! We also have smaller collections of rock samples from other regions. 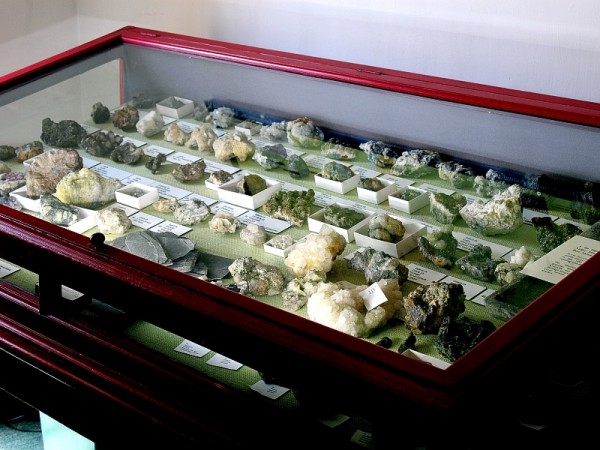 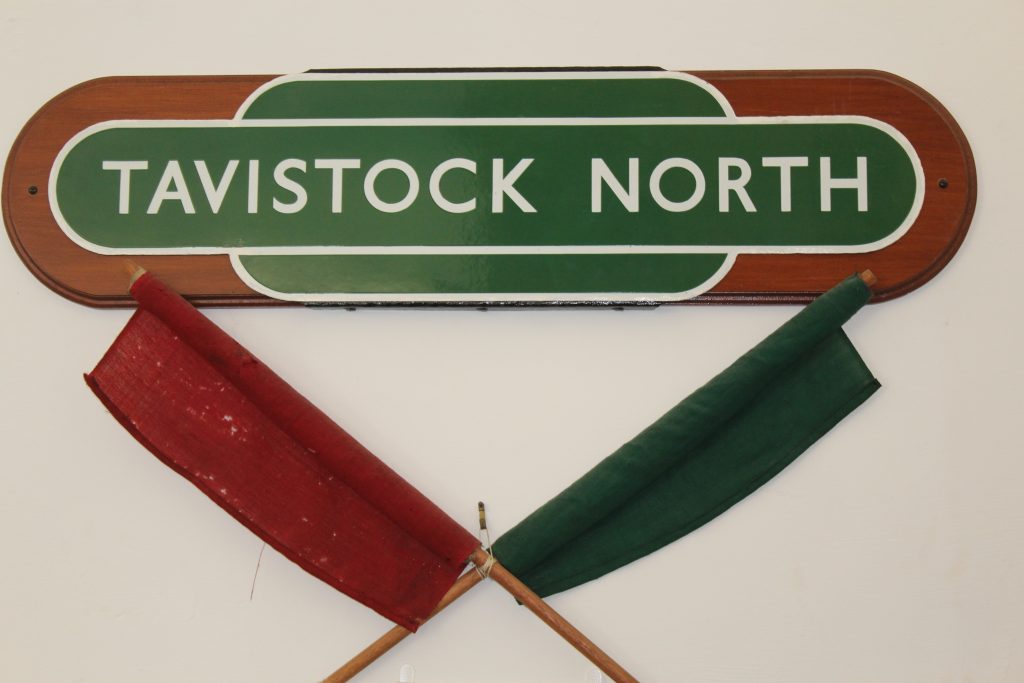 Did you know that Tavistock once had not one, but two railway stations, each serving different lines?  Nowadays, the town has no rail link at all.

At Tavistock Museum, we’re proud to display a collection of railway memorabilia.  These items link our town to the golden age of railway, stretching from the late 19th Century to the 1960s.

Up until a little over fifty years ago, Tavistock had two railway stations.  The first, Tavistock North, opened in June of 1890 and was on the Southern Railway route, with trains coming from Plymouth, through Bere Alston to Tavistock, before heading on to Okehampton, Exeter and finally London Waterloo.

The second, which became known as Tavistock South, following nationalisation in 1948, was on the Great Western Railway route from Marsh Mills in Plymouth, through Yelverton and Horrabridge, to Tavistock and then on to Ledford and Launceston.

Central to the museum collection is the Tavistock North totem sign.  This was one of four at the station, fixed to lamp posts on both platforms to inform passengers where the train had stopped. Fortunately, when the line closed in 1969, a local railwayman and councillor was on hand to ‘save’ one of the Tavistock North signs, and for many years it was stored in a cupboard at a local school.

In July 2000, the sign came to the museum and was mounted on a wooden plaque.  It has been on display since August 2003.

The US Army in Tavistock During WWII

Older Tavistock residents may remember the young men of the American forces, who came to our town as part of their training for the planned invasion of Europe on D-Day in June 1944. The Americans’ arrival came at a time when the outcome of the war was still in doubt and their presence reassured the local population that the war was winnable, albeit at a cost. 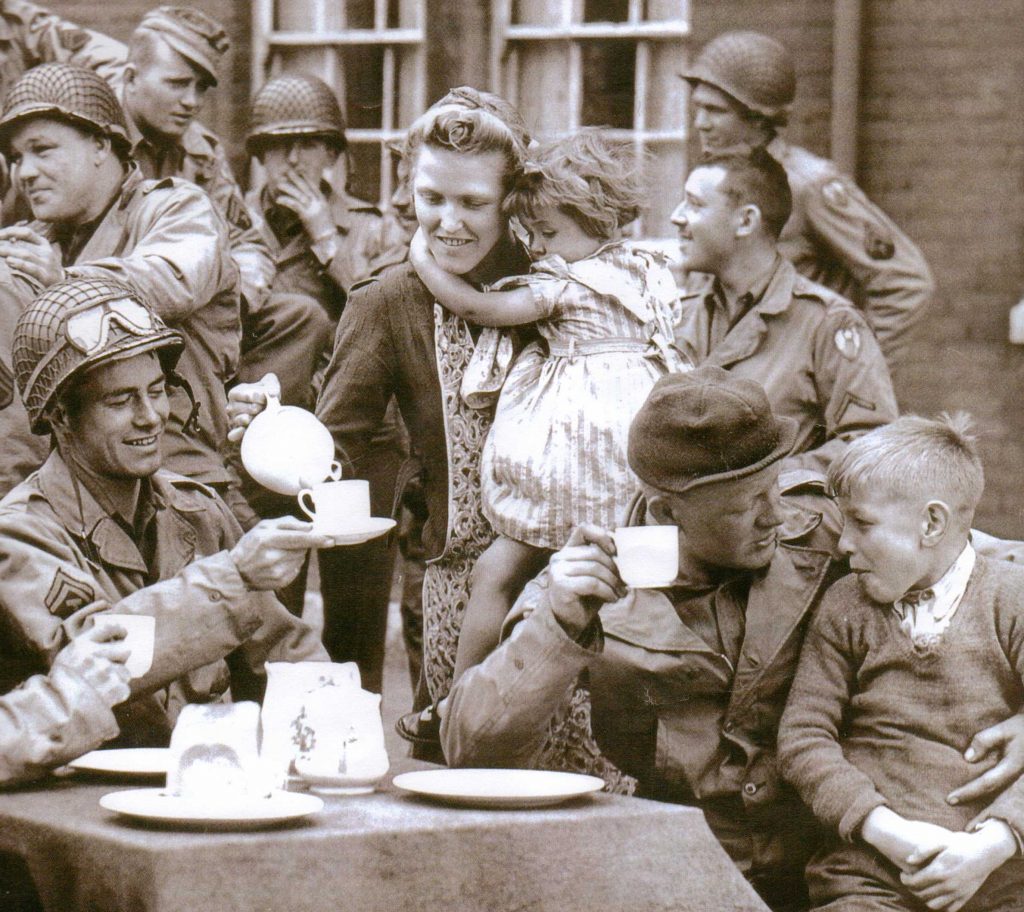 During the Americans’ brief stay in Tavistock, they could be found everywhere, at all times!  They played baseball in the Meadows and had a social club in West Street.  American mechanics set up shop at Matthew’s Garage, formerly of Duke Street, where lots of work was done on US military vehicles.  Local hostelries did a roaring trade, with the White Hart in Brook Street becoming a particular favourite. It was, on occasions, drunk almost dry!

The Americans were always courteous and friendly, often surprising local children with treats of chocolate or bubblegum.  In one especially memorable act of kindness during Christmas of 1943, they took over the town’s two cinemas for a day, invited all the local children and generously distributed gifts.

The American soldiers attracted the ladies too and as a result of these liaisons, around forty local girls later became “GI Brides.”

Sadly, many of the American servicemen based in Tavistock were from the 29th Infantry Division and were the first to land at the Omaha Beachhead, where they sustained heavy casualties.